To focus and to contemplate 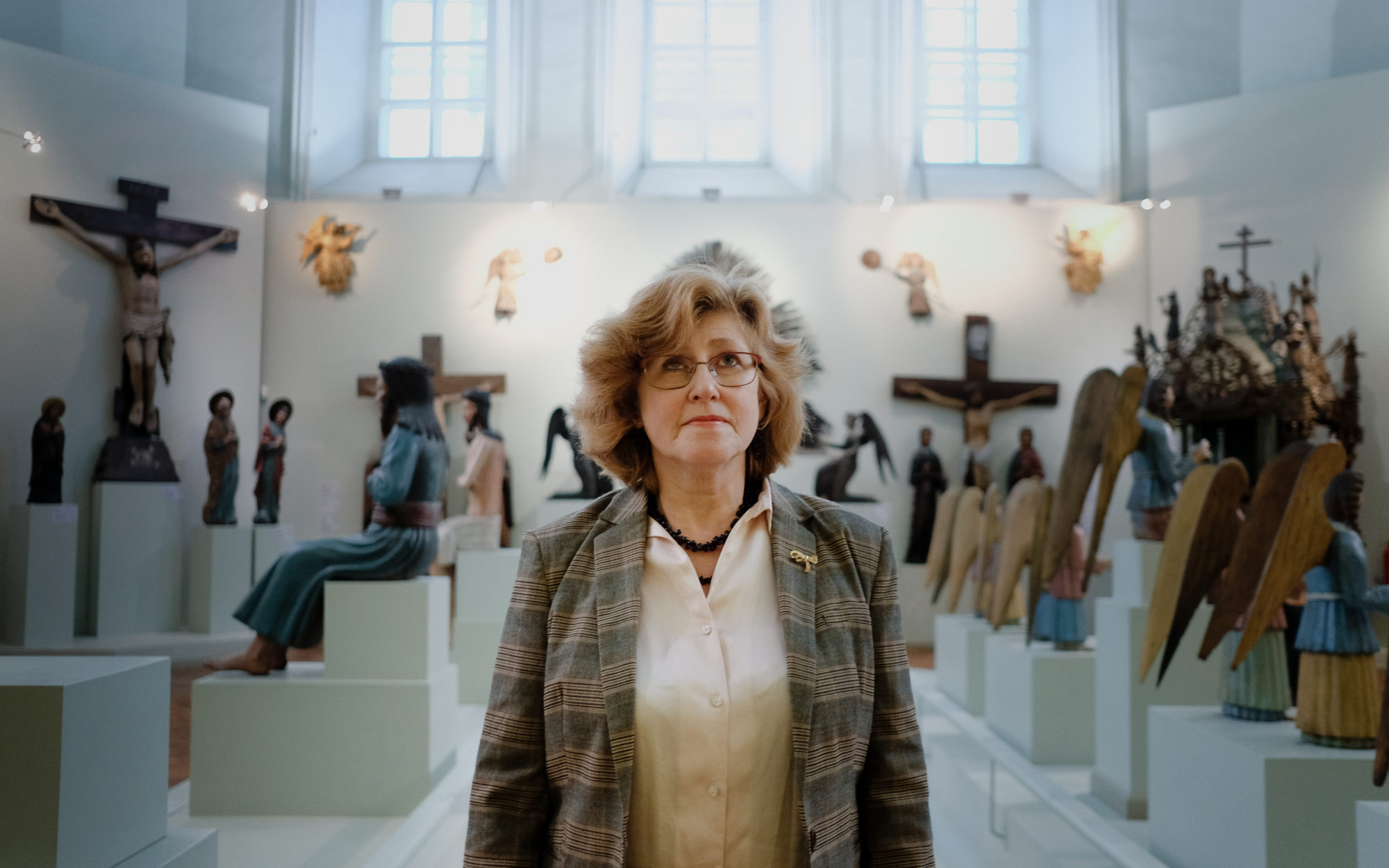 Works in the Perm State Art Gallery since 1985, since 2012 is its director. Art historian, graduated from the Faculty of Arts of Moscow State University. Nominee of the Stroganov Prize 2018.

Before coming to Perm, I lived with my family in five cities: my father was a theater director, and the lives of directors are similar to the lives of the military officers, all the time on the move and on the wing. Dad is from Moscow, Mom from Serpukhov, father of mother also was a theater director; art in some way was with me from the cradle. My parents met in Lysva, where my father was invited to the theater, and where my mother was assigned to work after graduation from philological faculty of PSU. After a long journey — Lysva, Rubtsovsk, Kemerovo, Stavropol, Kineshma — they decided to settle down in Perm: father was offered a place at the Youth Theater, and mother found the job of her dream in the Perm gallery. She really wanted to work in the important museum of the big city.

While I was in school, there was no home evening without any guests, and these were people of art, science, and culture. I grew up in an exciting environment in which I wanted to be and which I did not want to lose. Therefore, although at one time I was thinking about doing biology, I entered the Moscow State University at the department of art history; and I moved to Moscow, to the homeland of my parents.

After the university, I got married and returned to Perm: it was difficult to remain in Moscow without a residence permit, but I did not want to move to my husband's homeland, Armenia. I started working in the Perm State Art Gallery, where I've already worked after school, where my mother worked and where almost everyone knew me as her daughter, that pretty pigtailed little girl.

To build relationships in a team where everyone knows you from the «short pants» age is both simple and challenging. On the one hand, everyone treats you kindly and amiably, on the other hand, you need to try twice as much to make the staff start listening to you and seeing you as a worthy leader. Gradually, I developed my skills, learned how to ask the right questions, invent projects and engage people in them. Here, I was much supported by Nadezhda Belyaeva, who at that time was the director and now became the president of the gallery: I assimilated her school. We are like-minded, although we have different methods and views on many things.

For me, the most significant moment was the creation of a museum pedagogy department and the start of working with the school in the 90s. You immediately get feedback from children, which is especially valuable against the background of painstaking art history work. The museum came to school, we immersed children in the artistic environment and talked with them about what art gives. This brought us to universal themes. We spoke about Rembrandt and his credo «there are no guilty people in the world» and wondered: «Is it possible to forgive everything?» We talked about the Renaissance and that the primary virtue of that time is dignity. And it turned out that for many children this was a completely incomprehensible, empty word... We worked with children from the 1st to the 11th grade, the base was school № 2, where an entirely new educational process was built: we put on the vertical of cultural school subjects everything up to natural sciences. For me, the 90s were the happiest time, although there was no money, and there were the gangsters, and we had to sell our flat, but... A sense of excitement and support is priceless. We are still friends with my graduates of that time.

I became the director of the gallery in January 2012. From my point of view, the director should determine the overall strategy, the general framework of the museum's movement: where we go, how we treat the viewer, what is our priority. Now is the time when, with all the immanent functions of the museum — preservation, study, and presentation — in the first place comes the way a museum ensures the availability of the collection for people. This applies not only to the quantity and quality of exhibitions but also to the language in which we speak to the audience.

The main task now is to work with a wide range of audiences: older people, young people, children, disabled people. Our building now does not allow us to diversify the forms of interaction with visitors as we would like. In this regard, the second most crucial task arises — the development of a concept for a new building. We have 54,000 storage units, of which God grant two percent are exhibited. If we manage to build a new gallery building, this will be a significant achievement for the whole region.

The best advice in my life, unfortunately, I did not use on time. Dmitry Sarabyanov, a brilliant art historian and critic, once told me to engage more in regional culture and art. Then I did not react to his words with due attention, but now I understand: it is local artistic creativity that distinguishes us from other museums. Now the art culture of the Perm region is one of our top priorities.

The portrait of our visitor will definitely be a group one and not custom-made. A person comes to the museum only when he is attracted to it. I think it will be a group family portrait, where there is a younger generation, an older generation, where there are teenagers who, like in the old paintings, run around with hoops in sailor suits... different people who are interested, who want to go beyond the ordinary. People come to us when there is a desire to improve and shake up their time when they want to make their lives more beautiful.

The museum is such a special place, which makes it possible to stop among the turbulent information flow and stop looking at the constantly flickering world. Here you can concentrate, stand in front of the art and take up contemplation. The word «contemplation» is generally done from our lexicon, and I regret it.