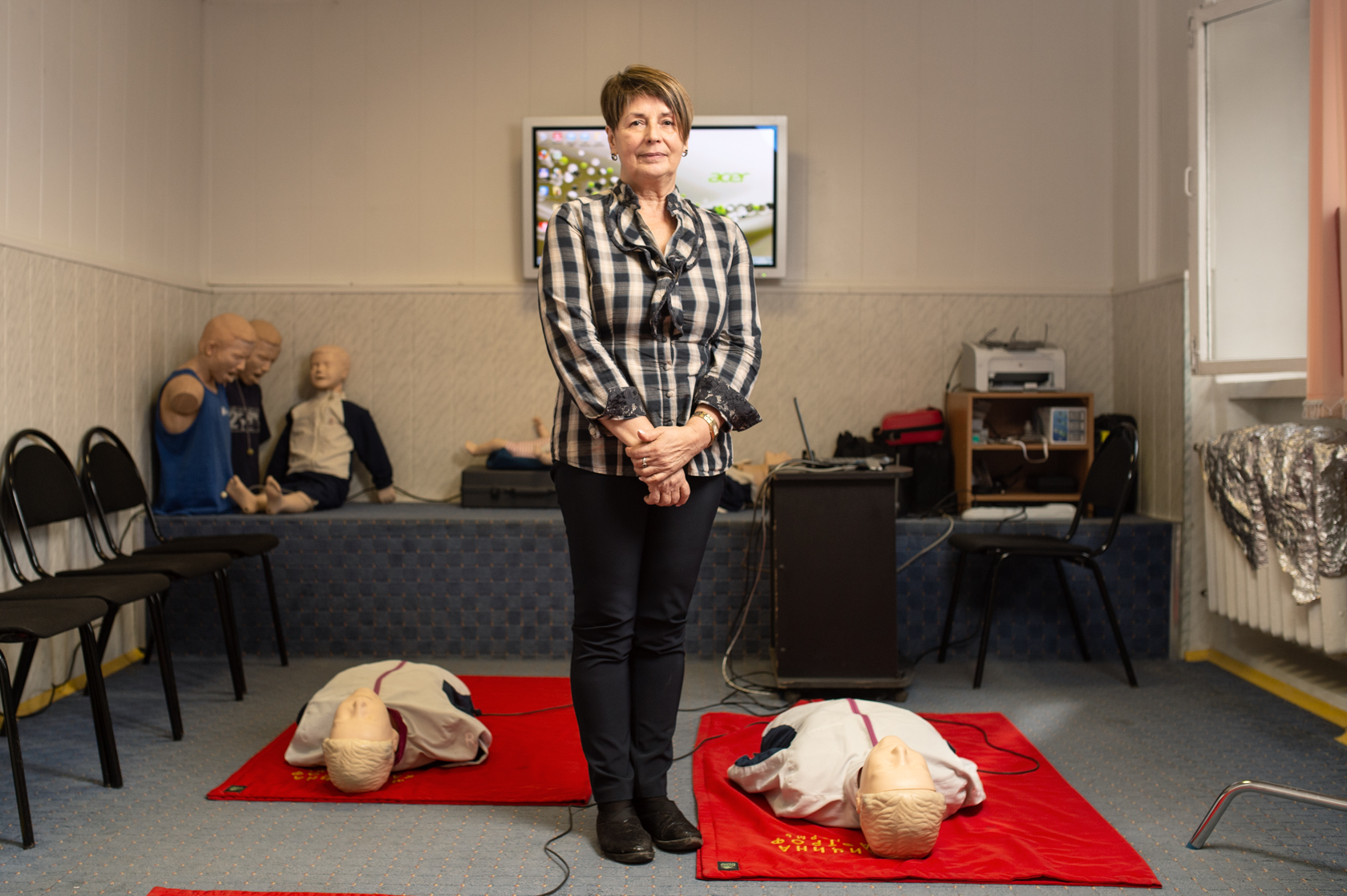 I am from a family of doctors: my father is a general surgeon, my mother is an obstetrician-gynecologist, an oncologist. More than 60 people in our family gave their lives to medicine. At the institute I was interested in microbiology and genetics, I even began research work, but soon I left her because I fell in love, and another life began: marriage, children... After the birth of my second child, I went to work in the clinic, but every now and then I went on sick-list with children. And I decided: need a third child! After the end of maternity leave, I quit and devoted myself to the children! I returned to work only when I was 33...

Since a lot was missed during maternity leave, I applied for a medical residency. There were doubts: will they take me? Do I need to do this? My doubts resolved Evgeny Antonovich Wagner, the legendary surgeon and the rector of PSMA. So for two years, I studied at the Department of Second Hospital Therapy on the base of Hospital № 1. Then I was invited to work in the same department to teach therapy. It was prestigious to work in the department, but soon I had to leave again since the department assistant required scientific research, for which there was absolutely no time... Children were in priority: their education and sports. One day, while conducting classes with a study group in a polyclinic, I found a newspaper that was lonely lying on a windowsill. During a break, I looked through it and came across an ad: «The director of the school of disaster medicine is required» — and a telephone.

I called. Oleg Vladimirovich Fedotkin, director of the Perm Disaster Medicine Center, replied. To my surprise, I was invited for an interview. I remember that I was late for a meeting: I found the Center building with difficulty, everywhere there was impassable dirt. The interview was productive. I liked the director: big, impressive, with free speech. And so it began... First, there was a conversation with the heads of Center departments, then psychological testing. Before psychological testing, I read several books on psychology, studied tests and questions. After brainstorming in medical psychology, I knew the logic of responses to test tasks. The test rating was high, and I was hired. It was the autumn of 1997, on October 16, 1997, we conducted the first cycle of training rescuers in first aid techniques, and in the spring of 1998, we obtained the first license for educational activities. And scientific activities started well. I defended my thesis on «Educational and methodical systems of the regional disaster medicine service.» Apparently, that was my thing! My middle son told me: «Mom, you created an interesting job for yourself!» And this happened only in my 40 years!

Oleg Vladimirovich brought the very idea of creating a school of disaster medicine from Germany, having become acquainted with the schools of the rescue services of Lower Saxony. We literally started everything from scratch, so there were a lot of problems: we had to delve into the legislative and legal framework, how curricula and plans are made. The School team had a desire to do a lot, and, fortunately, many people and organizations helped us. We developed methods of simulation training: after all, people who are not familiar with medicine need other forms of training. And later we began to create our own textbooks designed for various categories of students. But we dealt only with the first aid problems.

The School of Disaster Medicine teaches the population first aid. These are essential skills, because not always emergency assistance is provided immediately. The average time of arrival of an ambulance brigade is 20 minutes. Holding life-saving activities is necessary to save and support life before the arrival of medical workers. And for this, you need skillful hands and strong knowledge that will allow you to preserve life and to wait until the ambulance arrives. And then you will not be burdened with the realization that you didn't manage to help...

We teach first aid to all who come to us. However, there are also study hours that are distributed among the special contingent: rescuers, firefighters, police officers, everyone who in one way or another faces the need to provide first aid as part of their professional duties. Since 2002, we began to work with specialists from the EMS. It was difficult... And now it is not easy, the responsibility is high! But something turns out.

A strong direction of our work is holding competitions. The Center for Emergency Medicine, School specialists, regularly hold competitions among ambulance crews. In the USSR, there was such a tradition, but then it was forgotten. We revived the tradition of competition in 2003 and used the experience of the USSR and the experience of German colleagues. Now the status of the competition is regional with all-Russian and international participation. In 2018, 55 teams arrived at us, 15 teams arrived from the regions of Russia, our good old friends from Lower Saxony and Crimea arrived. More than 500 people, about 100 judges, 50 intellectual models took part in the competition. We think it's time to introduce the qualifying stage of the competition. For two days, teams compete in the classrooms and on the range in two categories: the emergency services specialists and the rescuers. In 2018, we offered medical workers a clinical pharmacology and formulary test (the order for providing emergency medical care must be known to every employee! Every one of them must understand how a particular medicine works). EMS employees solved situational problems on the topics of medical sorting. The practical part of the competition includes the solution of diagnostic and situational problems, conducting cardiopulmonary resuscitation on the simulation equipment of the classes «Basic Resuscitation Complex,» «Advanced Resuscitation.» The purpose of the competition is training so that specialists from different regions can look at each other, exchange experience, set themselves new tasks, and increase competences.

We hold competitions on first aid also — they are designed for children, teenagers and students, designed to teach our children and young people first aid techniques, to navigate in difficult, extreme situations, to be psychologically prepared for a variety of difficulties. The first-aid competition in 2018 was held for the eighth time. The stages of the competition are held in the quest game forms. For example, you are in a cave, visibility is limited, you hear voices and groans. Are there people injured? The cause of the tragedy is unknown. Besides, your leader lost his sight. What to do? How to proceed? And the decision must be made quickly because time is limited. And our contestants successfully cope with such complex tasks. Talented children live in Russia!

Not everything delights me in our healthcare system today. However, now I don't have the thought of leaving Perm and my service. Perm is a favorite city, which is always a joy to return. Perm is people, universities, theaters, nature. Here are my own business and my own nest.