I do not force, I do not edify, I offer 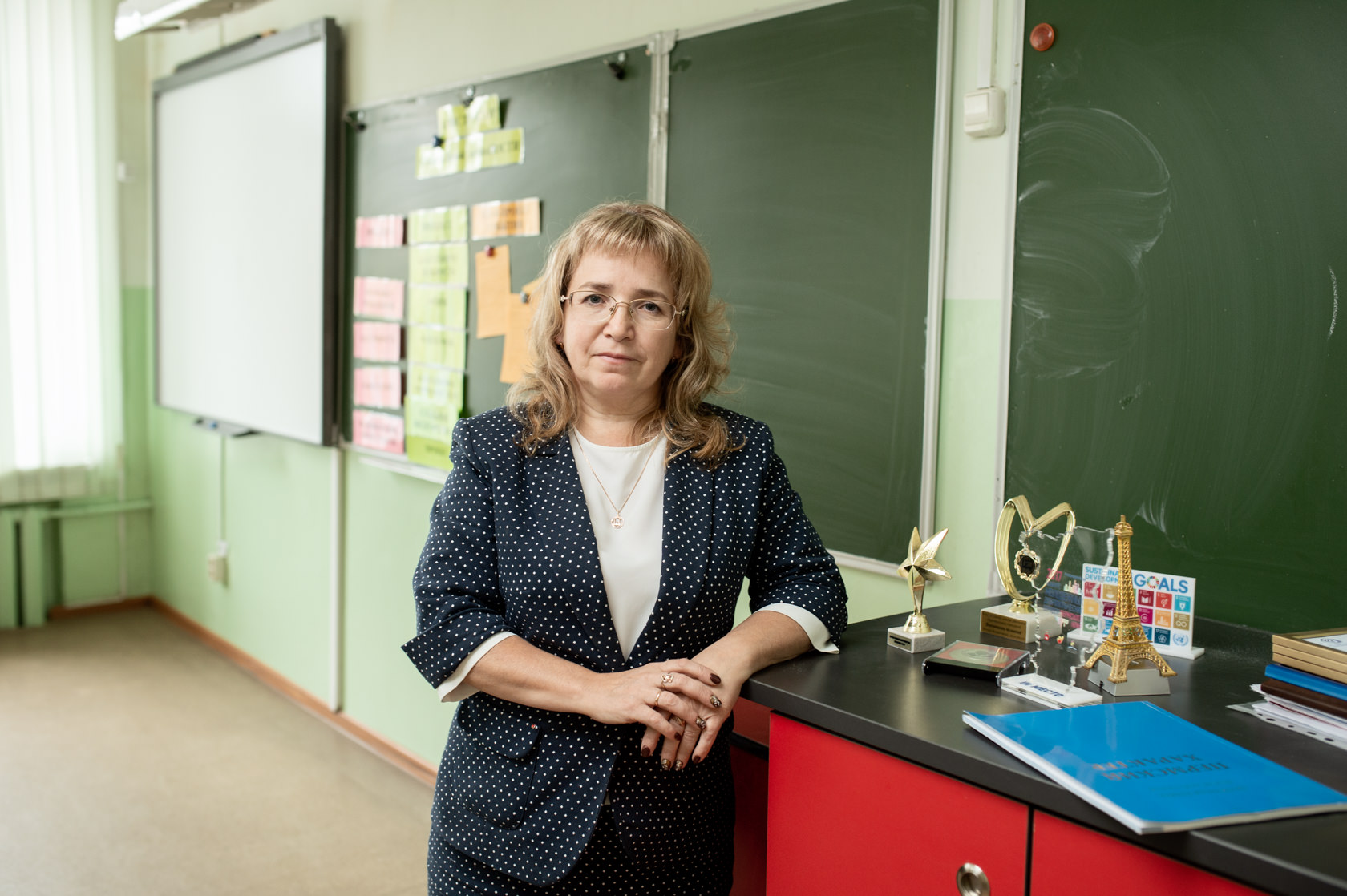 Born in the village of Lunevka, Alexandrovsky district. Graduated from the Faculty of Mechanics and Mathematics of PSU and postgraduate PSPU. A teacher of mathematics, computer science, physics at school № 1 of the city of Aleksandrovsk, Perm region. Researcher, founder of the non-profit organization «Photon» dedicated to the socialization of adolescents.

The winner of the regional competition «Teacher of the Year» (2017), the All-Russian competitions «To educate a person» (2011), «The best teachers» (PNPO; 2018). Was awarded the sign «Volunteer of Russia 2016». Junior's public association «Photon» is the winner of the public-state initiative «Perm character» (2016).

At school I was an active pioneer, then I entered school Komsomol, and that gave me invaluable experience and introduced me to the educational work system. I graduated from eight classes in Lunevka, then in high school, I studied in Aleksandrovsk. I got up every day while everyone was still sleeping and went to the bus station. I was desperate to become a math teacher. I planned to enter a pedagogical institute, but the class teacher advised me to go to Classical university. I entered the department of mathematics. At the university, I continued to do social work and was a commissar of the pedagogical team. That time I still worked with children, but already faced the administrative tasks. After graduation, I started a family and gave birth to my son. My husband and I bought a house on the outskirts of the city, and I stayed to work at the university's computing center.

In 1995 my daughter was to be born, and then my father came, looked at our living and said: «Come back to your homeland, we will help with the children.» I then understood that it would be difficult to raise a second child in a house with stove heating. Accidentally we managed to exchange the house for an apartment in Aleksandrovsk, and since then we live here. The move was thrice happy: here everything is of our own.

After the maternity leave, I was invited to work at the school as a math teacher, but we soon left for Gubakhinsky District. There I also taught math and computer science and worked as deputy director for educational work, and eight years later I came back. After the computer center, it was difficult to work with children, but it helped that I was a Komsomol organizer, and I already knew what a leader was and how to behave. I have mastered both psychology and pedagogy in practice.

The turning point in my life happened when I started to supervise the 5th grade. It was absolutely hit and happening: these children opened my eyes, gave me so much energy!.. I began to tell them how I see the world, they began to listen to me. On class hours, I decided to talk with children about a healthy lifestyle, because the most important thing is to give children a foundation for future development and happiness. But if you only edify, it won't turn out, and I clearly understood it. I wanted a result, I wanted the children to come into their own. The school as such does not give a backbone, it only teaches how to study, and study, and study. And then it turns out that this is not the main thing: you still need to be able to build relationships, listen to each other... I wanted to change something in the educational process.

As a class teacher, I began to conduct research in this area. I searched for creative approaches and tools to raise children. So we started making films, especially since I had the practice of organizing a children's photo club in Gubakha. At first, I offered to make a report: for example, about the streets of Aleksandrovsk, how they look, who lives on them and why they have their names. It was unusual for children, so gradually it turned into a class project, then into a children's public association, and now the Photon is a local junior's public organization.

Our organization is aimed at the intellectual and physical development of children. Variations of activities can be very different: a photographic laboratory, shooting short clips, lectures, and discussions on the problems that concern teenagers, volunteer projects. For the thirteenth year, we have been holding the «Computer Talking and Showing» festival. This is a festival whose purpose is to show that a computer is not only entertainment but also mainly a tool for working and knowing the world. At the festival, we accept works in eight categories: drawing, presentations, videos, and cartoons, etc. on a specific topic. Last year we talked about ecology, this year on the topic «Childhood without Borders,» for the next year we are going to speak through computer creativity about the theater. Children write programs themselves, make animations themselves, and they create films.

A few years ago, when we were shooting a project about the streets of Aleksandrovsk, the children asked: why the streets are not called by the names of our compatriots, those who lived in the region? I offered to find names that could be perpetuated in this way. The children voted among their parents and acquaintances, and two surnames took the lead: Bliznetsov and Pasternak. We began to tell in the newspapers that we wanted to consolidate the memory of these people, and in the discussions, there was only one last name left: Bliznetsov. Evgeny Panfilovich Bliznetsov is a geologist, a teacher who explored all the caves in the neighborhoods, found the bones of ancient people and pangolins, and told his pupils about it. All the parents of my schoolchildren were familiar with him: one day he would come to the class with stories, then another day he would lead them on excursions or hiking... I went to the city administration with a proposal to make a street named after him, but they refused me, saying that there were too many papers to fill. But we anyway managed to install a memorial tablet.

Now the participants of our project have already become successful students of educational institutions. I am proud of my graduates, they manage not only to study, but also lead an active life in their faculties. So, Rostislav Ruzmanov heads the student theater at PSU, Alyona Zimina is one of the leaders of Perm student groups.