It is not about whether they will ever name a square after you, I do it all to help the territory to become better 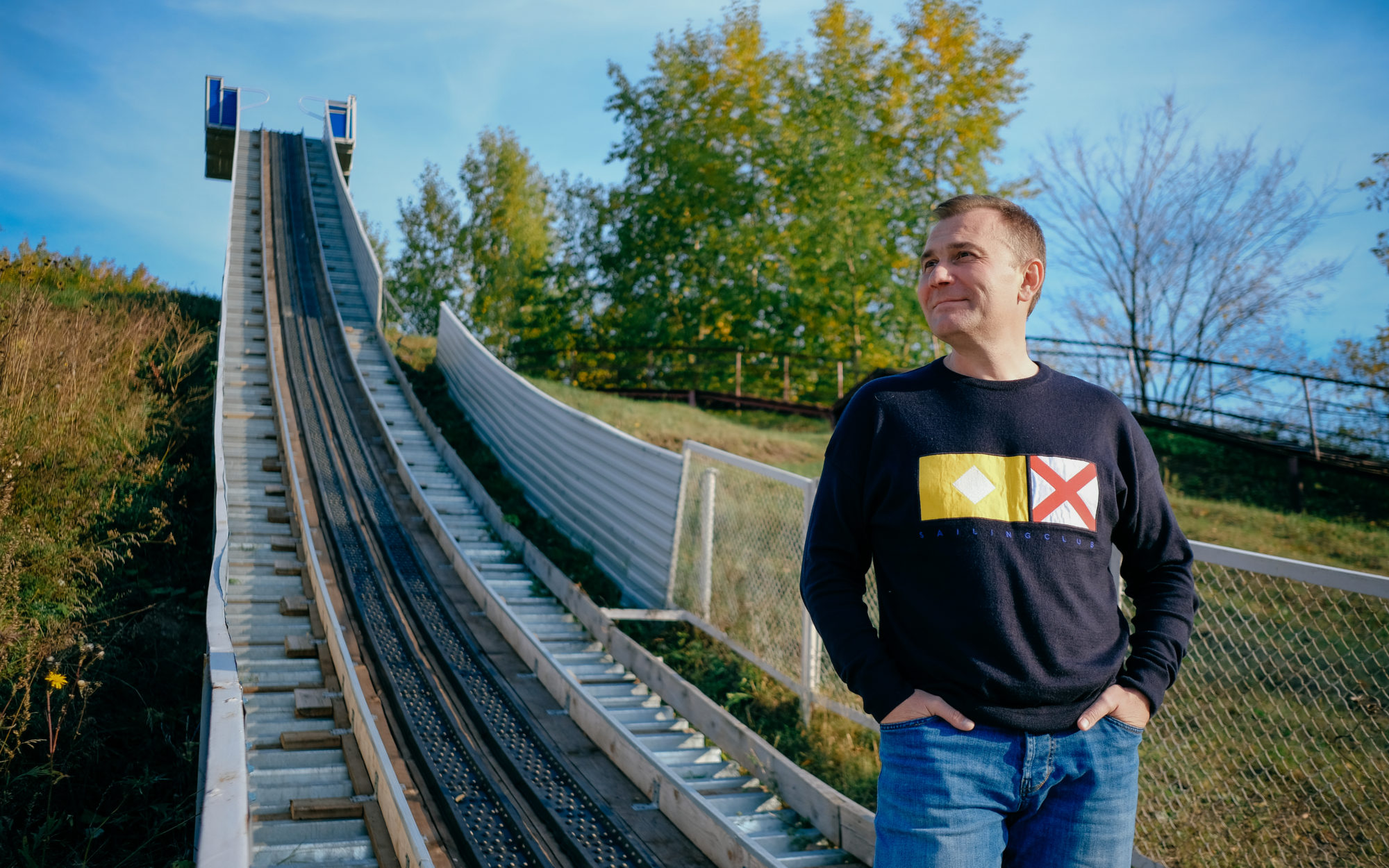 Born in Perm. Graduated from the Perm State Institute of Arts and Culture as «Director of cultural and mass events». Head of Marketing and PR department of the Federation of Ski-Jumping and Nordic Combined Prikamie. Coorganizer of the Red Bull 400 tournament; Russian stage of the Blue Bird (Sinyaya Ptica) (final stages of Ski-Jumping Ladies' Word Cup) and other sporting events.

When I was little, I attended a big event with several thousand participants. It was Ivan Kupala's Night, and I understood at that point that there was one man behind everything, behind each of the many venues and areas. No one saw him but he ran everything, understood what was going on every second of the show. This became a dream of mine — to make big events.

Sport is a real show business, not only wire-to-wire, red against white. Sport is entertainment. For people to come to the competitions, they need to see something breathtaking.

I am in sports marketing. We try to learn things, take part in different forums. It is the same like with the opera: for the best opera you go to Italy, to understand how it should sound, really.

Our Master who has recently turned 75, always talked to us as to equals. I am grateful that my fortune led me to him; for two years, he bared with me as with his future student, and later on — for four years as a student. He gave me the right idea of the world. When I first went abroad, he asked me beforehand, 'What are you going to do there?' I was sixteen, so I said, 'Architecture, it is different there.' He said, 'No, watch people, their relationships, that is what is different there. Everything else is not important, bricks are the same everywhere.'

In 2015, when I said that we would sell tickets for the ski-jumping competitions, they told me in the Chaykovsky's administration, 'No one admits even for free.' Year and a half passed, and one taxi driver said to me, 'It is good you started selling tickets, people started to come, we have job now.' It doesn't matter how much a ticket costs, after buying one fan starts valuing competitions differently.

We are now preparing for a big event in March. It is big not only for Chaykovsky but for all Russia — Final of the Ski-Jumping Ladies' Word Cup, it is called Sinyaya Ptitca (Blue Bird). There are two stories connected with it.

Recently the Olympic champion Maren Lundby from Norway asked me two questions upon our meeting: «Are you getting ready for the Blue Bird?» and «Are we really going to the theatre?» It was great to hear things like that from a person who lives, maybe, a month at home, and spends the rest of her time competing, who received the Olympic medal and who remembers you.

Second story. We recorded a promo, so we called make-up artists, stylists, we did a photo and video shooting, and we all said, «I'm waiting for you in Russia» in our native tongues. But American sportswoman wanted to say it in Russian. And she kept trying to pronounce it for ten minutes. It was so funny and sweet. She really liked coming here.

All projects involving good people are awesome because human relationships are the most important thing. If there was a project where you and friends felt well and that you want to come back to, it is great. In first several days after the project ends, you might have a depression; it is really tough because you give your whole self to people, circumstances, roads, lost luggage, punctured tyres... But in a week you understand you've done something amazing.

It is not easy in Prikamie, not easy at all. I was born here, and it seems to me I can do something good in Prikamie. And until I do — I won't leave.