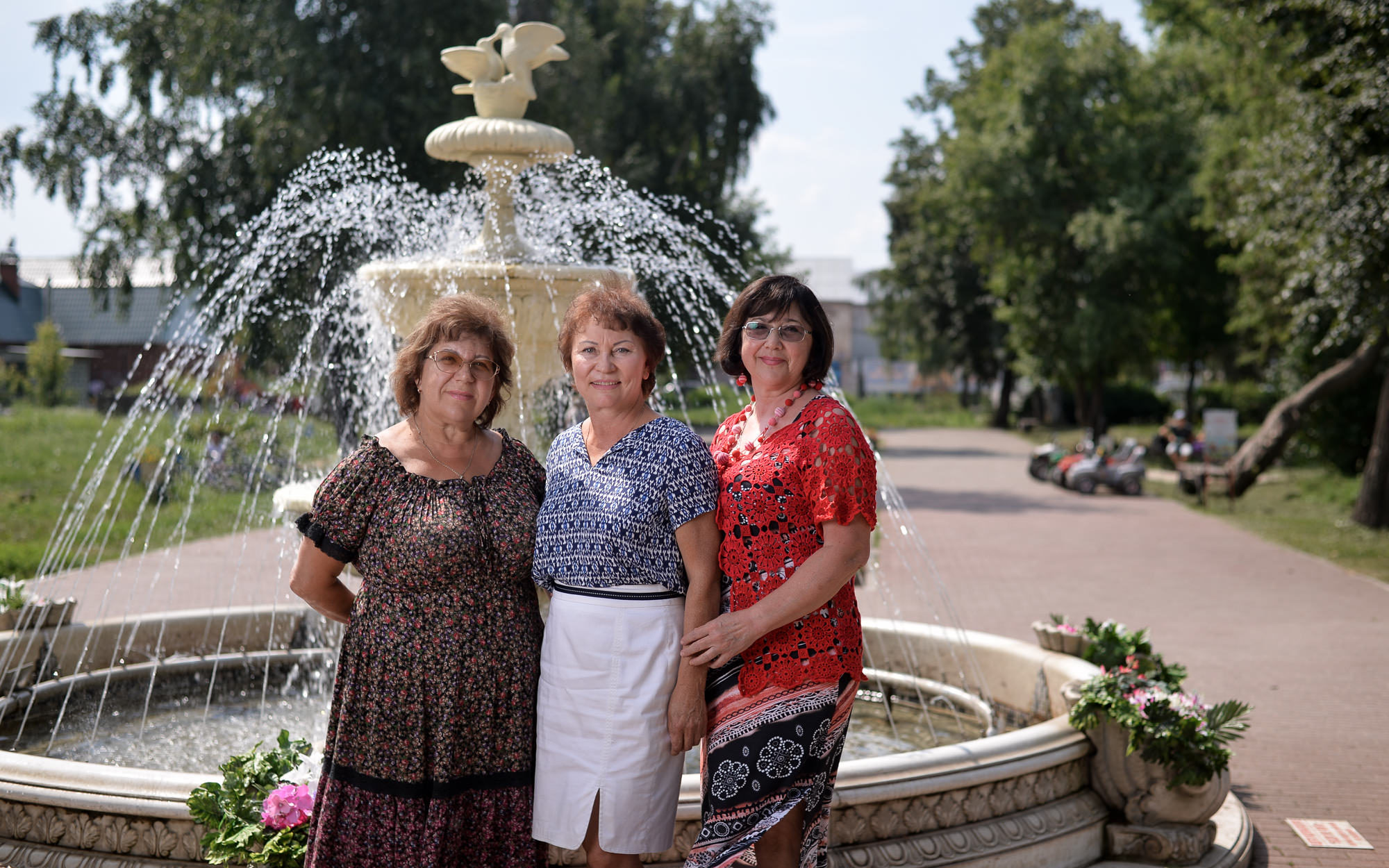 We created Gloria club having in mind the experience of the women's club in Osa. We invited more than 50 active women of the city to the first organizational meeting in the House of Culture Mechta. At the beginning, we were like blind kittens but we clearly understood that our club was not for simply chatting and tea drinking. We started meeting on the regular basis, discussing important questions: who we are, why we need this, what for, where we will get the money. We brainstormed and generated ideas, in order to be truly useful to our town. Gradually fifty people turned into fifteen — the most unwavering ones.

Our first experience was at the fair on The Day of the City. We decided to give second birth to action «White Flower», following the example of Kungur merchants. At the beginning of the XX century, it was an antituberculosis action. Unfortunately, it wasn't a success. We worked through our failures: nobody knew us; there was no work with the media, as well as no preliminary work with the public. The conclusions were simple: in order to get the result we required fine reputation, preparation and public involvement. As Kungur is the city with rich history and traditions, we had an idea of charity evenings. On the first of these evenings, we held a charity auction with all the profit sent to buy equipment for the premature infants ward at the maternity hospital. We built trust for the club as for a serious organization, and our following ideas were supported by heads of executive and legislative powers, enterprises, entrepreneurs, sponsors and citizens of Kungur. Charity evenings became massive and turned into merchant balls, which allowed us to realize our boldest ideas. We are proud that we initiated revival of the city park, installation of the children's playground there, opening of the Merchantry Museum in Kungur and Merchant's teashop, purchase of the bus for the orphan asylum.

Activities of Gloria Club are rather broad currently: since year one of its existence club helps widows of the warriors fallen in the WWII, preserves historic heritage and architecture, takes part in municipal improvements (children's playgrounds and public gardens), helps in organizing events for children, etc. There is so much! We try to use various resources: grants, contests on different levels, work with enterprises and entrepreneurs. Support of executive and legislative powers and citizens is also very important.

We are worried by the fact that younger generation chooses to go and that folk saying «you are needed where you were born» is forgotten. We dream of new working places created in Kungur, of development of entrepreneurships and tourism. We wish that people understand what unique place they are living in, that they love and cherish their city.

Communities as ours play important role nowadays in dreams coming true and people becoming happier from co-realized idea and not passing in the face of challenges.