Progress is always faster in a company - in a friendly, but competitive environment 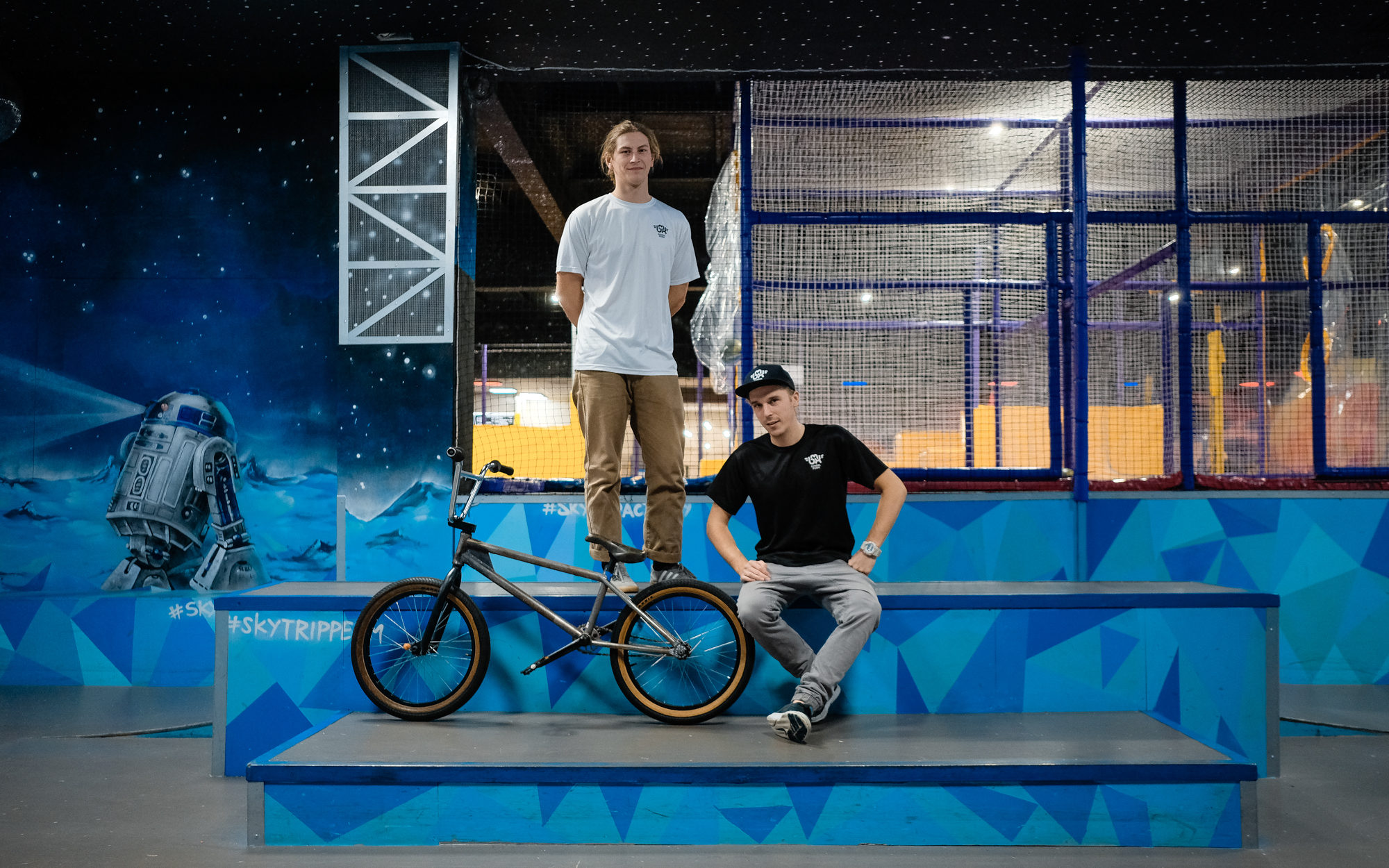 Andrei Kurochkin was born in Perm, Alexander Sergeyev in Kungur, from where he later moved with his elder brother to Perm. The founders of the BMX school, popularizers of children's and extreme adult sports.

Andrei: My family has always loved sports. One day, I saw a video clip about a BMX ride, and it became interesting to me. I came to Balatovo park, met with the guys, began to learn. It all starts with interest.

Aleksandr: My father gave me a BMX by mistake, instead of a regular bike, and my elder brother and I suddenly liked it. We slowly began to ride and to progress. My brother was riding more — he is older, but I followed him and gradually developed. By that time, we had already moved from Kungur to Perm, where we met Andrei.

Andrei: I ride since 2002, more than 15 years. At first, there were a few of us: BMXs were expensive, and most of the guys were teenagers, and they had to somehow beg for money from their parents. And, of course, these parents were surprised what these three letters that needed so much money were, and not all the guys had the power of persuasion. Now it's easier: you come, show a video, and immediately everything becomes clear.

Aleksandr: We had a friendly community. Everyone who rode in Perm knew each other and went to other cities: to Berezniki, to Yekaterinburg on Snickers-Urbania (the annual festival of street culture — ed.), to Krasnodar. One of the reasons why we decided to open a BMX school is that this fraternity spirit has begun to disappear. Previously, it was a party of like-minded people, but now it became just physical activity like a gym. The younger generation believes that they will be better off riding if they're doing it alone.

Andrei: We started school in 2016, and the reason for this was precisely the loss of the spirit of the beautiful old school. Besides, the younger generation for some reason not only drinks and smokes but drags it into sports and thereby morally pollutes it. And the elders have already left the movement, some have families, some have a job, others have lost the spirit of adventurism... Therefore, we started training, and then we thought that if we wanted to correct this movement, then we should not miss the next generation. And we switched to children. Moreover, just at this moment, the Begovelik club invited me to train preschoolers.

Aleksandr: We wanted today's children not to become drinking and smoking stupid adults, but to turn into good and purposeful people. Also, BMX is now an Olympic sport, and with it, you can not only develop physically but also travel, earn money, build a career.

Andrei: We have developed our own training system for children who know how to ride a bike or a jumper confidently and want to learn how to do tricks. Thanks to the experience, a difficult trick turns into small tasks, so we jump by jump learn the tricks that adults perform. But these guys are 4-6 years old! It turns out that children are practically no different from adults. Adults, of course, are stronger, but younger ones are more skilled.

Children also have their own competition. We have developed a motivation system: stickers with levels from 1 to 10. The guys look at each other and try to earn a higher degree. Initially, stickers are issued quickly, and from the third level, it becomes more difficult to get it. Now our wards are aiming for the fifth level. The tenth level is complete independence and adult sports life. This story is our hope that we will unify small children, they will grow up, and they will have their own community.

I remember we had a boy, Tyoma, who was terribly afraid even to ride a bicycle: every time there was a hysteria! But two years have passed, and he jumps over his parents from a high springboard. And it makes us immensely happy. Such examples show that our activities are not in vain. Sport brings up not only the body, but it also brings up the spirit.

Aleksandr: Certainly, there is a wish of a separate indoor skate park, where we could train both small and adults so that the Ural eight-month winter would not interfere in our plans. We try to keep children in shape during the winter, but still, the skills for the half-year break get worse.

Andrei: There are other BMX schools in Russia, but we were the first to start preschool children training and develop everything from scratch. Most are afraid to engage children in extreme sports. But some systems allow you to train a child quite fearlessly. So far, apart from the two of us, there are no coaches in Perm, which, of course, is a problem. But now it is an Olympic sport, in a close time national teams will begin to form and large schools will appear one by one. I would like to find people who would be interested in this.