Suffering is an essential tool for development 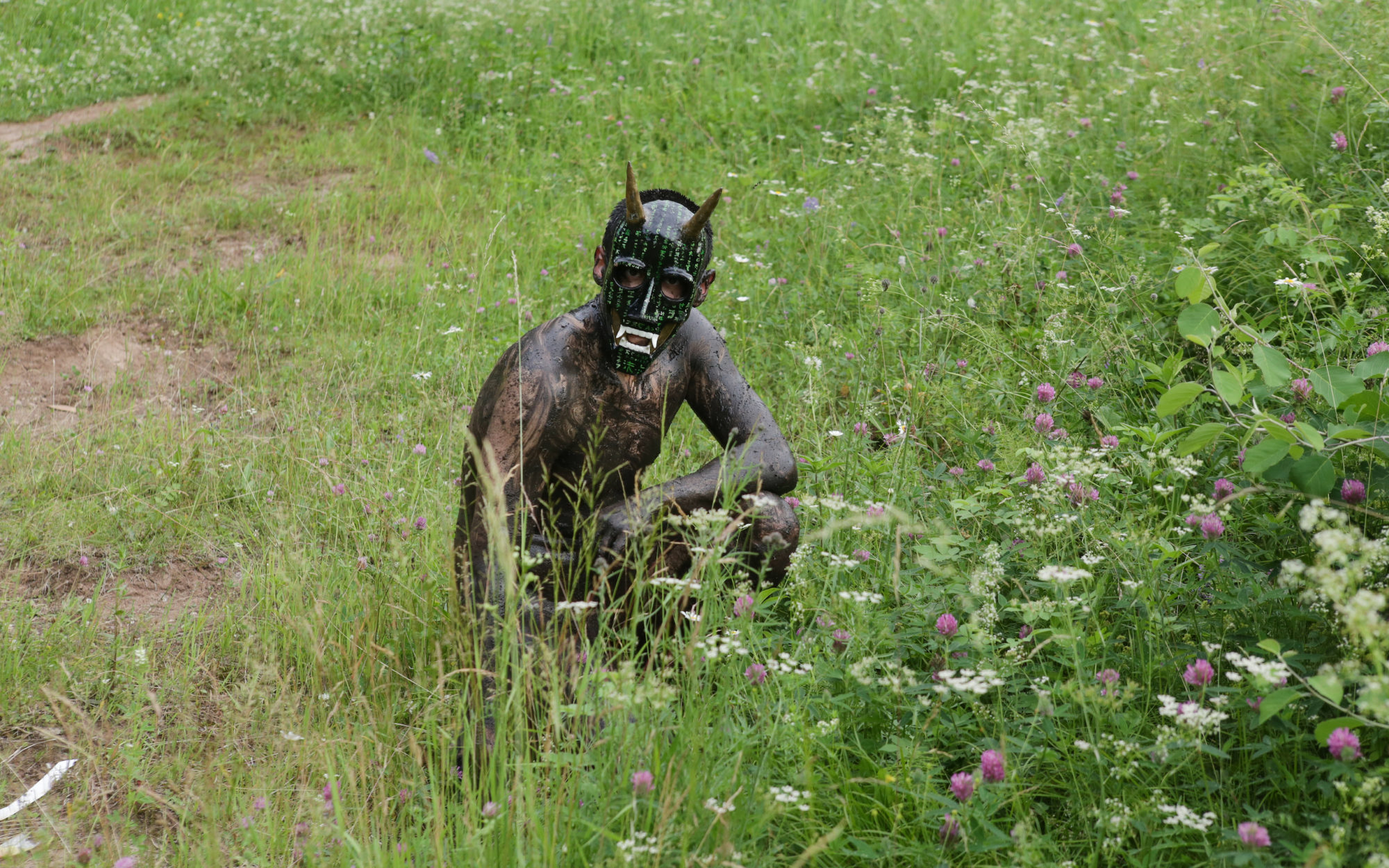 Aleksei Ilkaev is one of the most famous Perm artists today. He was born in Soboli district, uptown. Graduated from college with specialization «auto mechanic». Since 2011, he is involved in art projects. He is mostly famous for images known among people as «sad faces», or just Sad Face. This «name» gradually clang to the artist himself.

Most of all I like to draw. I started when I was a kid, just 1 year old. The most active period of drawing was between 7 and 16 years old. I was always drawing at school, always had notebooks with drawings. Teachers were not very happy but didn't make trouble out of it — I was at the lessons, seemed to be listening, but I was drawing, of course.

Sad Face was a spontaneous thing, I never planned it. When I graduated from college, I went nuts. I was losing my shit about starting a grown-up life. Sad Face was a way of finding myself, I started from there. We were making a project with Max Chernyi, took some paint, added water, splashed it on the wall, it spread; it was a beautiful thing. But I wanted something definite.

Once I painted a face and it smeared. There was nothing sad about it, just a joke. I continued doing it, painted a lot — more than 300 faces in three months. It was winter, no one usually works when it's cold, and here it was neat — minus 30 degrees but the paintings keep coming.

«Sad Face» wasn't my idea. I guess it was Andrey Vaskin who first called it that. In Russian it means «sad face». I didn't imply it was sad. But theme of sadness is actually very important.

Suffering is an essential tool for development. Difficult things are ascension.

I stayed in Perm because certain things about my own evolution are not complete yet. It includes self-esteem issue.

I like Perm, maybe, it is just a habit. However, I understand I need to develop, to enter European market, to increase sells. I want to do large serious projects, not fringe, yet dark and sometimes unclear. No one invests money into things like that in Russia.

Accident influenced me greatly. On May 13, 2017, I went to ride four-wheeler in the area of Saint Petersburg, picked up the pace from the hill, and hit the tree. I was into commercial drawing back then, something in between creative work and advertisement. Accident made me prioritize things, I started living after it. Time flies, you can't waste yourself.

My piece KAMA, 2018 was significant for me. It was a long born idea, but I kept stalling its realization. It was this time — no money, nothing to pay the rent with, pressure from everywhere. I thought I could do something rough. Got up the nerve and did it. It was a powerful thing. This piece became a turning point.

Currently I'm making art for myself. And yes, I want to estimate myself.

Our culture lacks philosophical attitude to death and I try to talk about it in my creative work. I attempt at exploding fallacies. I can't say I'm afraid to die. But I definitely wouldn't like to die painting an elevation of the building or sitting in the office working for someone. From the point where I am right now, death is not that scary.