I love to understand how everything works 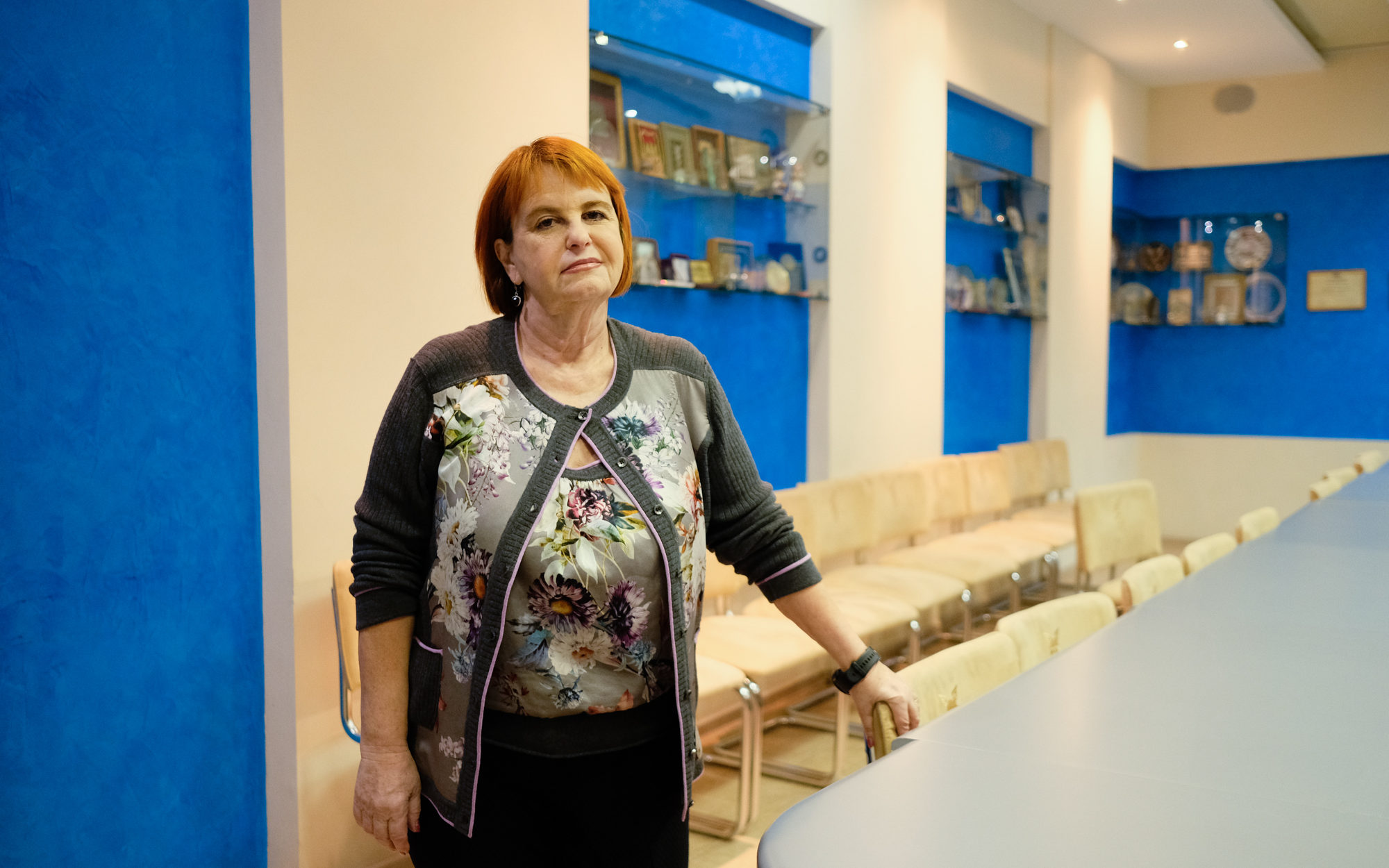 Born in Odessa. Graduated from the Faculty of Philosophy of Sverdlovsk State University. Candidate of Philosophy. In the 1990s, quit teaching to business, headed Concrete OJSC, was commercial director of the Semya retail chain. Since 2005 has been working in government. Since March 2017 is Vice-President of the Perm Chamber of Commerce and Industry.

I am from Odessa, my parents are engineers who graduated from the Odessa Polytechnic Institute and were assigned to work to Sverdlovsk (now Yekaterinburg — ed.), where they worked all their lives. I always liked to understand how everything works, why people act one way or another, I was attracted to abstractions. Therefore, although at one time I thought of becoming a journalist, I entered the Faculty of Philosophy and graduated from it as a teacher of philosophy and social studies. By the end of my studies, I was married to my course mate, and he was assigned to Perm. So I came here.

I had many shortcomings from the employers' point of view: item 5, besides, I was not a member of the Communist party and was a young married woman without children. Therefore, I worked for a long time on an hourly basis and taught in almost all the universities of Perm. I defended my thesis on «Creativity as an ontological problem.» My supervisor was Vyacheslav Andreevich Kaydalov, whose memory I still madly honor. The topic of his research interests was self-movement, creativity considered as a development from an internal source. I am still proud of this work.

I defended my thesis in 1990, and in the same year, I was left a widow with two young children. I must say that I was the only child in the family, very sickly and coddled. My husband was 7 years older than me, and he also always took care of me. And here I am left alone, and the world is crumbling around. I did not give up only because of the children: they stubbornly wanted to eat three times a day. It was this moment that changed me, and I ceased to be an ivory tower girl.

At this harsh time, I was suddenly called to direct the trade department at Concrete company, which was selling fish. My ideas about trade were close to zero; besides, I practically don't eat fish, and I had to learn to distinguish sprat from herring. For a long time, I tried to combine teaching and commerce — I liked to communicate with students. However, the work required a lot of time, and two years later I finished with teaching. I worked for a long time at Concrete and left the company when our turnover exceeded one billion, switching to the Semya retail network as the head of the sales department with a salary five times less than it was before.

Here I quickly became a commercial director, then a director, and after Oleg Chirkunov, who became the governor of the Perm region, took me to the government. He said: «Elena, you will not work anywhere for long; your main advantage is the ability to launch projects.» However, for me, giving up a project raised from scratch is like marrying off a son. Although, of course, in a stable project I get bored, it is more interesting to be in a situation of uncertainty.

I got into the management of the economy, was responsible for government procurement. Being here after doing business, I was shocked by the illogicality and irregularity of the existing procedures, which were like running in bags. Gradually, we got able to develop quite a good procurement system, did a lot of the right things, but then this stratum of state activity began to centralize, many of our achievements disappeared in vain. After that, I moved to the newly created Ministry of Business and Trade, and then, unexpectedly for myself, I became Minister of Agriculture. The logic in all these movements was present: since I was engaged in the sale of products, I imagined what was in demand and what was missing. I can say that I am not ashamed of working in the government, and the project «Buy Perm Goods» has become especially important and loved.

This is a marketing project that works, on the one hand, on consumer loyalty to local producers, and on the other, on increasing domestic turnover. Initially, it concerned only food, but now, after a restart in 2017, we have included non-food products, consumer goods, and services — in short, the entire B2C segment.

The project is focused on all producers who create jobs and pay taxes in the region, but we understand that the products produced are incomparable with each other in quality. Therefore, now the project participants have their own ranking. The first level is the simplest: the manufacturer pays taxes in the Perm region and creates jobs. The second is already professional. This is the one who showed a certain level: is presented in federal networks, has received awards at competitions, or has achieved certification on its own account. And the third level is the brand of the Perm Territory: these are the goods and services that are already promoting our region.

I remember this story. I was driving to work, the project had just started, and discussion was going on at Echo Perm radio station. Many called and said: nothing good is produced in Perm, everything is chemical and poisoned! It hurt me, and our team little by little invented promo tours. The bottom line is that we collect a bus of interested persons and leave during the day for 4-5 enterprises of the Perm Krai. It is shocking that the entire company are people with burning eyes, in love with their work. We go to different enterprises, food and non-food, and each time we meet entrepreneurs who lovingly talk about their business, first of all, not about how much money they earn, but about the product they produce. And our tourists completely change their minds after this meeting with reality.

There is a serious problem: many manufacturers do not understand the topics related to promotion, marketing, and design, and treat all of these concepts with a grain of salt. It happens, they will release a sausage with a portrait of the founder of the company on the label, and you think: is your sausage made of him, or what? Manufacturers understand that they need to invest in a product, in equipment, in production expansion, but then there's a blind spot and a total reluctance to spend money on packaging in a broad sense. Now we are trying to solve this problem: to bring together the «Tochka» design school and small enterprises, so that, on the one hand, schoolchildren will work on real cases, and on the other, so that the manufacturer will have a choice.

Our small manufacturers are hell-bent on how they come into the federal networks. But they will never be there: the feds need integrated suppliers with a guaranteed volume of deliveries. Small industries should have their own sales and promotion methods. One of the solutions to the problem is to bring together non-network retail stores and these small producers. Such a combination could create a different format when the consumer would understand why he should go to this little family store in the neighboring house. This will give their own expression to the small business of the Perm region. I would very much like this story to happen.

Philosopher Erich Fromm has two works that made an indelible impression on me: «Escape from Freedom,» in which he most precisely said what freedom is for a person, and «The Art of Loving.» These books have shaped me and my most important values.

There is a minimal circle of people whose opinion is significant to me. The most important person in this circle is me. I must understand that what I do corresponds to my values, to my idea of what is right and what is wrong.