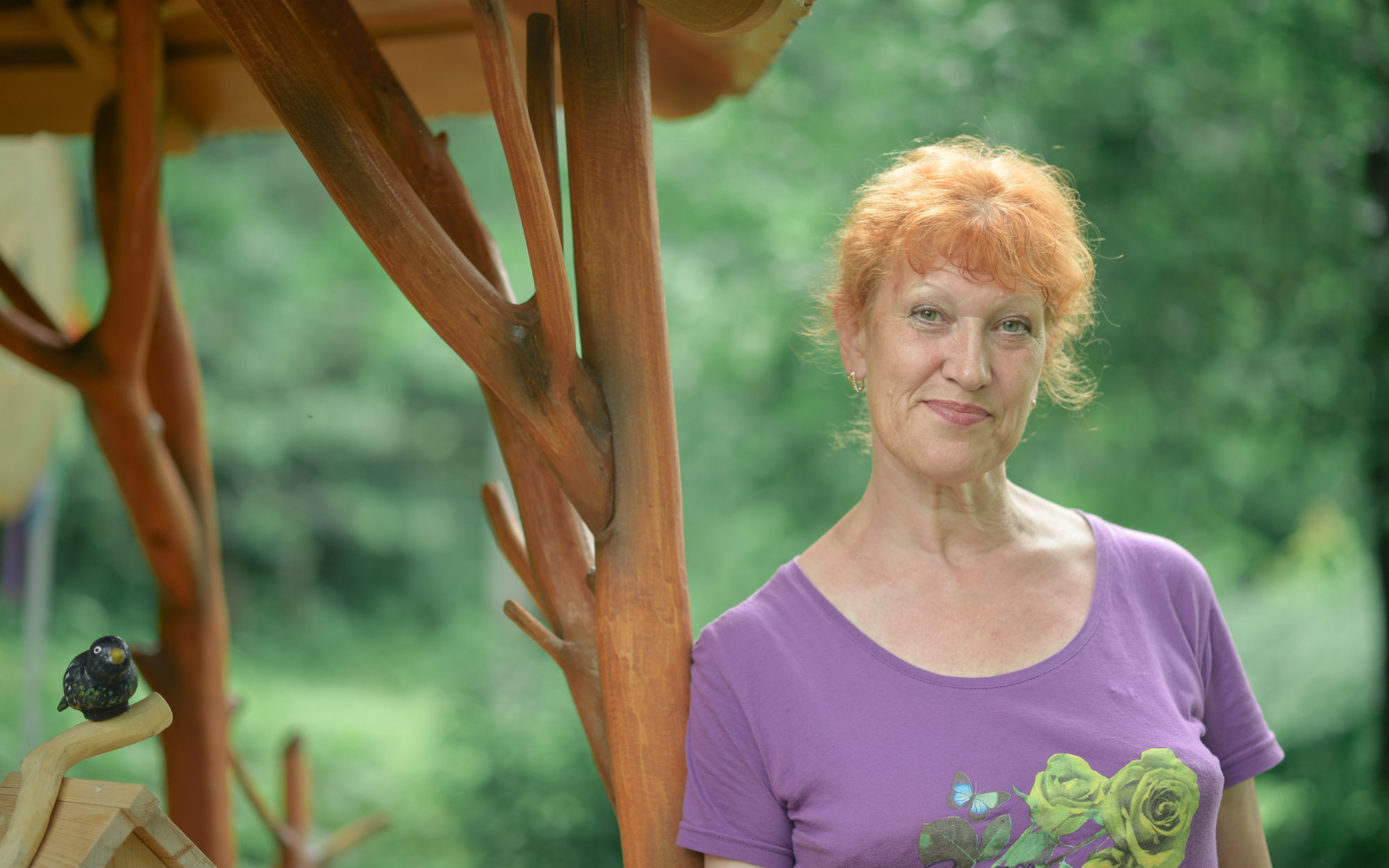 I always thought about why I did it. The funny thing is that when I entered the College of Culture, I wrote the application to the library department because I didn't know where to go. So my students come and say: we do not know where to go. And that's fine. Because human life is unpredictable: it is so easy to get confused, and sometimes to get lost.

I do not say that I am an avid theater-goer, but since childhood, I have been attracted to the theater, or rather: theatrical radio shows, there was such a broadcast called «Theater at the Microphone.» When the television appeared in our family at my age of twelve, I watched all the Kinopanoramas, I adored Gribov, Yulia Borisova, Yuri Yakovlev, Vasily Lanovoy, Mikhail Yanshin, Igor Ilyinsky. I was delighted with the performance of the Vakhtangov Theater «Princess Turandot.» But my mom was a tailor, dad was a builder. Where does that come from?

The most valuable thing in life is acquaintance with exciting and friendly people and the formation of an environment of talented, energetic people.

When I returned to my native settlement, I began working as an instructor for the Regional house of culture. We formed a youth-Komsomol team. Oleg Leonidovich Kutyev became its brightest representative. Subsequently, he worked as the director of the Ilyinsky local history museum, then as the deputy director of the regional local history museum, for some time he was the chief specialist of the Department of Culture and Art of the Perm Region Administration. Everything that is now developing in Ilyinsky, especially in the field of culture, is his merit. He made half of the Perm Region to fall in love with our settlement. And us, then the young, especially. We learned from him that in the nineteenth century in our small village they made cotton wool, ropes, candles, woven laces that were sent to Petersburg, huge fairs were held here, merchants came from Novgorod and other merchant cities.

Through my acquaintance with the history of the village, I began to know more about the Ilyinsky theater. We are proud of the words spoken by Melnikov-Pechersky after his visit to Ilyinsky: «Are you for real? This theatre in Ilyinsky? If only in Perm such one existed! „And the tradition to play in this homegrown theater in our settlement has remained. Ask why we need the village theater and even an amateur one? But it's better to watch a performance than to peep through a neighbor's keyhole. And yes, amateur actors are loved in their homeland more than some visitants! It is maybe a chance to begin to look at some things differently.

Interest in theatrical creativity in recent years has grown into a festival movement. In 2018, the eighth festival of children's amateur theater groups „Obvushka“ and the third festival of amateur theater groups „Teatralnaya Pestryad,“ which is gradually reaching the All-Russian level, took place. Once it was my idea. I am not a fighter, I can't prove it, I don't know how to wheedle money out for it. But I pitched the idea, and it develops thanks to others. Many children's collectives of the region like to come to the Obvushka festival, for example, this year there were more than fifty readers.

For me personally, these festivals are not so important; it is vital for me when parents come up and ask: „May I bring a child to you in the fall?“ I don't need anything else. Now I have a team of 34 children and 10 adults. I am more a teacher, a club employee. I am trying to motivate, interest, reinforce children. They learn in the classroom to feel and understand themselves and their comrades. I have one person from each graduation either at the College of Culture or at the Institute of Culture in Perm. Our Pinocchio team celebrated its twentieth anniversary last year.

I am grateful to the Lord God that he invented children. Because the adult world is fundamentally dirty. And with them, life is like fresh air.

Children are aliens, and I understood this only when I became a grandmother, because I didn't have it with my children, and now I have the opportunity to watch. And I see that they are aliens, and they need to explain to them how everything is arranged here, what is right, what is bad.

I always lacked support. What is most interesting, I don't know how to support my own children. My son said to me: „I do not need your assessment, I need your support.“ And we always give an assessment. But for some reason, I can support children in the theater. Probably it's something from on high. And I see that they graduate and become really more confident.

At one time, my world was rocked by „Tais of Athens“ by Ivan Efremov and „The Little Prince“ by Antoine de Saint-Exupéry. In general, any book is great. Take the Bible — everything is there, you need no special psychological literature. Sooth to say: you need to find the key to the book as well as to the person, and to yourself.

My dream is to die happy, with inner harmony. I feel it when I see the eyes of children, when they get something, when there is an exchange of energy. The theater is the interpenetration of energy. When it happens, then harmony comes.