I feel Parma, I know its core 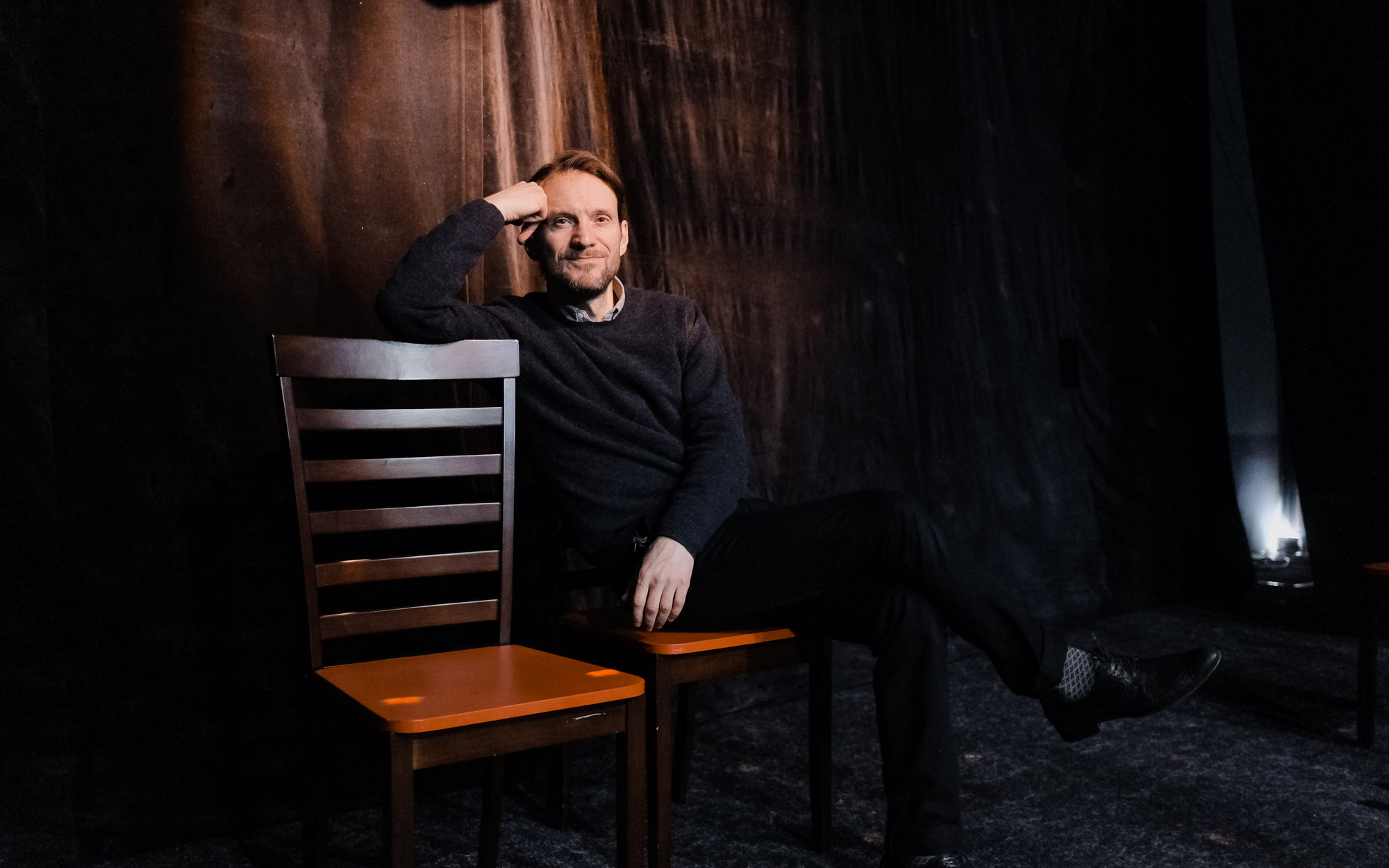 Born in Balezino, graduated from Perm State Institute of Arts and Culture, department of Directing Theatre Ensembles, member of the Parma team in KVN («Club of the Funny and Inventive People», wits & humour competition), presenter, actor of the Theatre for Young Adults and theatre Bolshaya Stirka, organized music ensemble Smirnyi and Friends.

I was born and grew up in Balezino, four hours journey from Perm. My grandmother was the director of the local Railway Workers Club, my mother also worked there for some time. It comes from my childhood: if there is a stage, I am connected to it. I also was a member of the propaganda team, they were alive and popular back then, I was singing to accordion.

When I went studying to Perm, I was sure that I would return to our House of Culture. In the institute, I had a great teacher, a true master — Sergey Nikolaevich Kuzyutkin, and many things came naturally to me. After half of the year, I realized I would not go back to Balezino and I fell for the theatre completely. I ended up in the Theatre for Young Adults, and served there for 10 years.

KVN became part of my life already in the institute. In 1992, we gathered a big team from Perm but lost the game in Moscow and for some while, there was no such issue as KVN in the city. When they called me up again, I was already working in the theatre, KVN wasn't interesting for me, it took me an effort to get back in, but at some point it turned out we were broadcasted on TV and offered a country tour. There was a choice to be made and suddenly we made it in favour of KVN. Fame is truly the most difficult ordeal, but that period of games and tour gave me a lot. Then there was Moscow: various projects, I even tried to write scripts for series. At some point, I understood I was doing not my thing, so I made a turn and went back to stage — back to Perm.

When someone says they found their calling and lifetime project, I think, it is an illusion. If it comes to me, my life is a process of searching and a constant attempt to find answer to the question: «Is that finally it or not?» And I still haven't found that answer.

I lived in Moscow for eight years but Moscow is too big, it is a bit out of my league as a creative person. My ego chooses a place where it feels better, and Perm is enough for me. I know it is the dead end for an artist, but it is my life and this choice suits me for now. Yet sometimes I look at other people, at missed opportunities and think, «I could be them.» But such a compromise was my own choice.

In Perm, I have my ensemble Smirnyi and Friends. In Moscow I would never have tried to create something of a kind. Smirnyi and Friends is my way of escaping, it is a universal format of uniting everything — music I love, performing and acting. I think, overall in Russia there are Moscow, Saint Petersburg and Perm, you know. It has its unique atmosphere, I like Perm's location — we are not yet Siberia, but we are already not the centre. I think it influences a lot and creates a conflict, which brings energy. We can't forget history: war gave our city a great impulse, a layer of intelligence and culture appeared. There is also dense deep pagan passion, I feel it, I feel Parma. And all of this together gives Perm its independence, I feel this core.

If there were only dormitory suburbs and new buildings in Perm, I wouldn't be able to live here. The old part of the city is important for me, the part that has architecture, the part that breathes art, culture. Perhaps, its Saint Petersburg's 'heritage', my family is from there and I spent a lot of time there as a child. I like that there is always some cultural movement in Perm. For sure, there are a lot of «buts» yet I always support those who change and create. There are always consequences to these «bursts», even if they are result of actions of some temporary visitors who leave Perm at the end. There will always be fruit, it just needs time.