I arrived and immediately became a Perm citizen 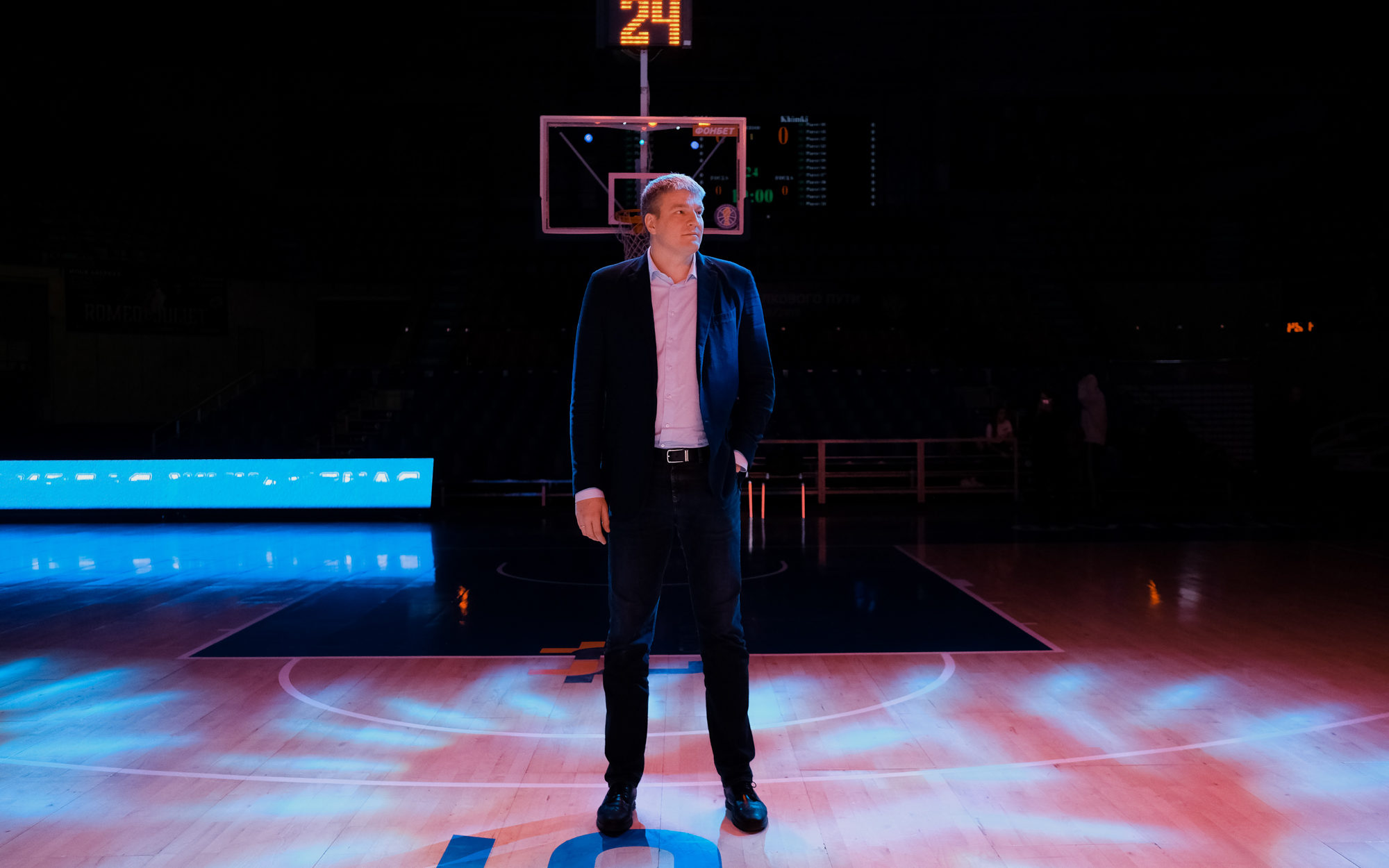 I know count myself a Permian, but I was born in a small town of Chuvashia Autonomous Soviet Social Republic. It was partly by chance that I started doing sports, though in Soviet Union such coincidences were usual. Swimming coach came to our senior group in the kindergarten, and I was chosen as a perspective swimmer. However, I had to stop swimming after six years: my body couldn't tolerate chlorine anymore. And here once again everything happened by chance — walking out of the House of Sports in Cheboksary, my Dad and I met basketball coach Viktor Alekseevich Kuznetsov. He invited me to his section. At that point I was already used to being busy — waking up at six o'clock, going to training to the swimming pool at the other end of the city, then running to make it for the first lesson at school, after which was another training, and then going home and doing homework. I could cope without that rhythm. My Dad and I, we didn't even stop to think, so Viktor Aleksevich took me to Vitaliy Vitalievich Nikiforov, who became my first coach. He saw me as material worth of working on.

Technical wise and tactic wise swimming and basketball are completely different sports. Of course, I used skills acquired in the pool, but all basketball intricacies I had to learn from the scratch. Many elements I studied while doing, with guys who went in for basketball for 3-5 years. It is complicated to talk about myself, but I was progressing speedily: I went for basketball at the age of 13, at 15 I joined cadet national team of Russia, at 16 — boys' national team, then youth national team, and then national team itself... When I was 15, I took part in my first game of a professional team — it was Samara club. Then I went to Moscow, to CSKA.

I first came to Perm in 1997, it was Prikamie Christmas Cup organized by Ural Great. For the second time I came with youth experimental national team of Russia in 1998. Later that year I moved to Ural Great — first, as a rented player, and then we signed a contract. I arrived here and I immediately became a Permian — as soon as I met my future wife. My daughter was born in Perm, I live here, work here, and I hope, I do some good. It is the place I want to do something good for, make our city and region better,

I started thinking about future after professional career rather early, at 23-24 years old. Started making plans, studied different activities. It was around then I understood I didn't want to become a coach: it is a very specific profession that not everyone is good for. Exceptional coaches, true professionals are aliens; they sometimes make absolutely unexpected decisions, which suddenly end up in results. I often understand those moves, but I find more pleasure in organizing processes, which I do now.

In 2009, Ural Great PBC deeply loved by Perm citizens ceased its existence — even though all of us including me as the team captain tried to save it. For three years there was no big basketball in Perm, top-requested players moved to other clubs. My last season was in Saint Petersburg's Spartak; in 2011, it seemed, I ended my professional career and came back to Perm. At the same time, I continued studying at Master's program in Finances in Perm State University. After a while, Andrey Sheiko who was at the head of the Perm Basketball Federation told me about organizing a new team and offered me to play in it. I said that being a player was already not enough for me and I wanted to join the organizing activities. We talked and decided that having a playing manager of PARMA is, at least, a fascinating idea.

At the time, I had no idea what I was doing: it was a serious yet a very interesting adventure. I arrived at work earlier than anybody and went home later, and before, between and after the training sessions I had a basketball club to run. It was impossible to do it light-headedly: Perm was used to big basketball, to quality in every aspect, from sportive point of view as well as from organizational — the organization of games and show for the audience. Since we were short in resources, we had to do everything ourselves, sometimes being drivers, loaders, mechanics, and afterwards walking to the playground and finding power to play. Project was developing, it cost us a lot financial and soul wise, but pleasure was entirely ours.

Our first home game we played in Sukhareva Sports Complex in front of the full hall, 2200 seats were taken. We cheated a bit (smiles) telling people that big basketball was coming back to Perm, yet team at that point consisted of players of Perm championship, not even in their power yet. However, coaches were able to make a team out of these good lads who couldn't hit the basket on their first trainings and ended only two runs with a go, a team that finished fifth in the Higher League Championship at their first season.

There was no need to motivate those boys, it was clear it was a chance. There is a difference whether you play in the championship of your own town or in the championship of Russia. Results of the first season encouraged us and we kept going. Today PARMA has its own big achievements, though unfortunately, we don't win every game but we constantly move forward and I hope, this movement won't stop.

Our signature line always was including many graduates of local basketball schools to PARMA team. We are still unique in this way. One of our main aims is to improve quality of players in all schools of the region, that's why PARMA's legal name is Perm Basketball Development Foundation. It is a very interesting task that adds adrenalin.

I can't say exactly why I stayed in Perm. It was a place I created my family but even beyond that there is something about the city. My work is important for me at the moment, and I want to do it in this place. Until there is a point in coming back here, I will always do it.

More than a native Permian, I see how city improves. And as a Permian myself I want it to improve faster. But it is a completely different story.